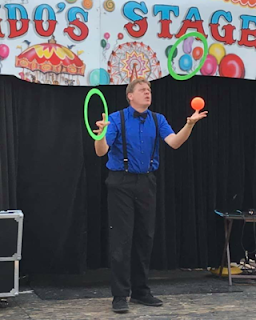 James Reid has a wonderfully technically beautiful routine with the rings and balls he juggles with and it is really fun to watch. The balls float in and out of the rings as he is juggling. I watched mesmerized, and waited for him to do the same routine again, unfortunately for me it was too windy for the rings, so I only got to see it one time. Fortunately for me he had a lot more juggling he performed for the Yuma County fair.


There was one juggling routine that he did with bowling pins and a bowling ball. (And a rubber chicken) uuuuu!

Another routine he allowed us to pick three of six DANGEROUS weapons.

A Sassy Sickle
An Annoying Axe
A Dangerous Saw
A Brutal Butcher’s knife
The Lost Dutchman’s "actual" pick
And the Sharp Sword
I liked the Sassy Sickle the best. =) 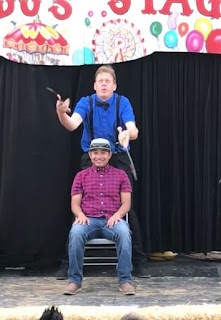 I loved his show, his night show was the coolest.


He had glowing juggling balls and a glowing diabolo.


He juggles FIRE!! With a fire axe. Awesome! 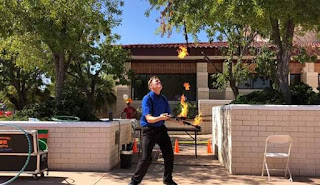 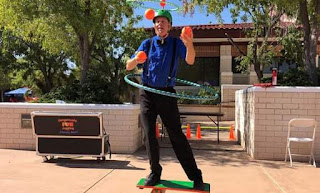 It was fun to catch his space show, he had a yo-yo routine and glowing routines as the sun set and the stage grew dark. I liked seeing the new juggling, he has so many different routines with music and without. 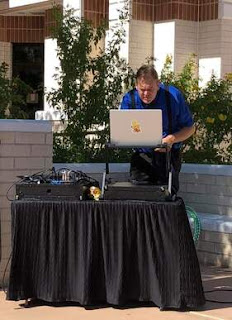 Oh did I mention that he is a DJ too? So he had a ton of great before show and after show music.


That was a lot of fun at the library events especially.

How it All Began